Romani music collectively refers to the melodic compositions of a historically nomadic group of people known for bringing entertainment that made them popular as musicians. Although the Romanis are also called gipsies, the term is derogatory as they have often been marginalized in the many places in which they briefly settled. Nevertheless, many also welcomed the arrival of gipsies because they also offer fortune telling services.

Since this group of nomads have seen and lived in different far off places, Romani music has different influences, from their Northern Indian to Arabic, Byzantine, Persian, Greek, Turkish, German, Slavic, Dutch, French, Russian, Romanian and even Jewish traits. Romani songs often infuse one or more dialects. While musical compositions tend to have varying melodic styles, format and rhytkic structures, since influences come from different regions. 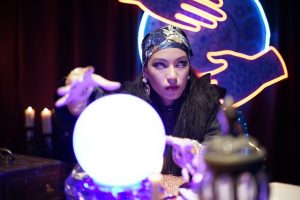 Still, music experts say that Romani or Gypsy music drew most of its themes and inspirations from Hungary, Romania, Russia and other Eastern European countries many have settled permanently. Part of the interest in Romani culture stems from the racial discriminations

In the late 18th century toward the early 19th century, one of the most popular live musical presentations in Broadway, was a three-part operetta called “The Fortune Teller” composed by Victor Herbert, an American musician. The musical premiered at the Wallack’s Theater in Broadway and thereafter ran for 40 performances. Depicted in a Hungarian setting and headlined by popular Broadway star Alice Nielsen, the show ran in London’s Shaftesbury Theatre on April 9, 1901 for 88 performances.

In 1929, a revival of The Fortune Teller went on in New York’s Jolson’s 59th Street Theatre but ran only for 16 performances. During that time, fortune telling was already considered a criminal offense in the state, which made it unpopular as an operatic theme. However, the musical is more of a romantic musical in which the opera star Alice Nielsen played a dual role as Musette the gypsy fortune teller and as Irma,a Hungarian heiress studying ballet in Budapest.

A merry mix up transpired as events led to a case of mistaken identity to which Musette was mistaken for Irma. It turned out that Irma was trying to escape from her family as she was being forced to marry a wealthy but silly Hungarian aristocrat named Count Barezowski.

Irma was also in love with a dashing Hussar captain, while Musette was trying to avoid local authorities. At that time, voth the Church and State regarded fortune telling as witchcraft and anyone who practices it has demonic tendencies. Still, not many in Eurioe shared the same belief about fortune tellers, because some see predictions as helpful in mapping out plans for the future. 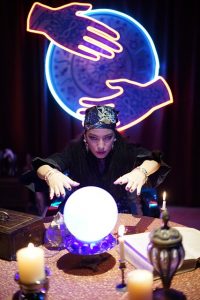 Modern day fortune tellers like محمد سالم بن علي الهاشمي contend that planning has to take into consideration patterns of behavior extracted from past experiences in order to make future predictions However, certain events like the pandemic, could happen, which can impact all plans and predictions about the future.

There is also fortune telling by way of divination, which involves the ability to read and interpret tarot cards, the entrails of sacrificed animals and analyze phenomenal events such as the appearance of comets and the flight and arrival of birds.

How To Promote Your Music On Social Media

Promoting your music: Points that social media strategy must cover

Set your goals and targets

Goals and objectives are a fundamental part of a social media strategy. You should clearly define what you want to achieve with your presence on social media.

Whether it’s selling more tickets and attracting more fans to your concerts, or reaching a wider audience and increasing your music streams, it’s important that your goals are smart. They must be specific, measurable, achievable, relevant, and time-limited. The more detailed your goals are, the more you know about your performance and the better you can track it.

The content you create and share with your followers reflects a lot about you as a musician and as a person. The brand you build for yourself as a musician as part of the social media tactic is quite a tough concept. It has a lot to do with self-knowledge and how well you know yourself. Branding should definitely include points like the tonality of your voice in the posts you write, your visual identity, and many more.

The way you present yourself on social media will ultimately help you attract the right audience. They will be able to relate to you and develop a deeper connection to your music. Thus, Social Boosting can help you with attracting the right audience.

It’s crucial that you learn all about your fans and followers. Social networks should give you access to reliable analytics that give you insights into the demographics and behavior of your target audience.

This information should help you create an audience “persona” that represents your target audience. It deepens your understanding of their demographic values, interests, goals, and behavioral intentions.

Consistency is the key. That’s because a regular publishing schedule entices your audience to keep coming back. Not only can a content calendar help you stay consistent with your creative sharing on social media. It can also differentiate between different types of content that you create for different channels.

Read More How To Promote Your Music On Social Media
November 15, 2022
Posted in Music
Tags: goals and targets, target audience