Not many are aware about a career as a music librarian whose responsibilities go beyond tasks concerned with organizing, cataloguing and retrieving music pieces. In fact, this profession has been given importance by Adobe when it created the Acrobat Pro, which music librarians can use in editing and optimizing scanned PDF music documents. 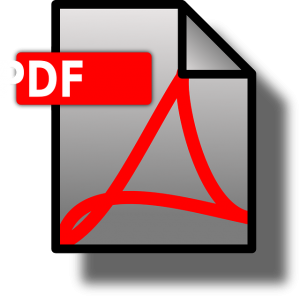 Music librarians play an important role in performance companies, because the applications of their knowledge in music include locating and selecting rare music materials, and overseeing the preservation of documents.
Apparently, Adobe R&D took notice that there is a growing community of performance organizations and companies that founded the Major Orchestra Librarians Association (MOLA) in 1983. MOLA was established by more than 300 members represented by over 450 music libtrarians.
Aside from performing the duties and responsibilities of traditional librarians, those devoted to specializing in music libraries are also tasked to answer inquiries put forward by people as a way of reciprocating their interests and appreciation of music.

How Does the Adobe Acrobat Pro Help Music Librarians Perform Their Task?

Adobe Acrobat Pro is a powerful PDF editing software with functionalities and features most music librarians find useful in performing their tasks. In exchange for a fee, users have the option to donwload pdf online or use the editing tools offered as part of the Adobe Document Cloud storage service.
The general consensus among music librarians in their feedback about this powerful PDF editing tools is that it has helped them make quick fixes to beautify music documents that have been poorly scanned in order to produce better, more readable print outs.
Below is a brief run down of the important features often mentioned by users as most advantageous in their line of work: 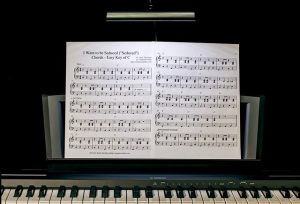 The Arrangement Tools– Under this set, users can find tools for organizing pages, such as the Insert Pages, Replace Pages, Extract Pages, Split Files and Add Bookmark features.
Optimization Tools allow users to edit using features such as Rotate Pages, Straighten Pages, Enhance Scans Using Filters and Deskew, Redact, Remove Balck Margins, Crop Pages and Compare Files.
Editing Tools The Adobe Acrobat Pro has editing tools that run on optical character recognition (OCR). The latter is a system that empowers the software to pick up character shapes when editing or deleting scanned music scores.
The editing tools include functions that permit the addition of new texts, images, watermarks and esignatures in a PDF and/or even change text formatting by selecting the Format option.