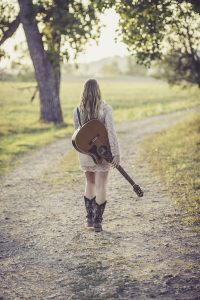 A lot of people like music. But when someone says he or she likes music, we specifically do not know what type of music that person like because music is a very vague word and there are various kinds of music such as Hip Hop, jazz, POP, and country music. In this article, we will talk about country style music about boots and as well as country songs that are about shoes So people who like wearing working boots will find these music fun.

When we say country music, the first things that come to our minds are boots, cowboy hats, and a pair of jeans. But boots are always present. It has been part of country music for a lot of year now. It is always present on country songs music video, and even in concerts and fan meetings. Regardless of its color, design, simplicity, and age, boots are the the favorite footwear of singers who are in to country style.

With that being said, it is actually not shocking to hear a lot of country music about boots. In this article, we listed the top country songs about boots.

You are probably familiar with this phrase. It actually came from the popular phrase “head over heels”, but instead of heels, boots is used. The song was released in the year 2015. The writers are Pardi and Nashville  Luke Laird. It is a song about how a person is deeply involve with another person that he/she will do anything for him/her.

The song is not about boots, as in the footwear. But this song is the one of the most popular songs about boots. From the year it was released until now, there are various versions from it from other artists.

The songs is more of a sexy country song because of the lyrics. This was released in 2015 and still being loved by a lot of country music lovers.

The song was able to hit the number two rank in February 2009 for the most loved songs. This is not a surprise because a lot of country music lovers love it.